SAFIC, which stands for Societe Africaine de Financement, d’Intermediation et de Conseil, was established in 1998 by experienced banker and passionate entrepreneur, Ibrahim Seydi.  Driven by a desire to actively participate in the development of small and medium enterprises (SMEs) in Africa, SAFIC sought to offer strategic advice and mobilise sustainable funding for companies primarily in agri-business and manufacturing, as well as provide sound financial advice to help SMEs grow into strong and successful businesses.

SAFIC has successfully assisted many entrepreneurs and SMEs in the last 20 years, in sectors ranging from agriculture to manufacturing and logistics, providing strategic advice, facilitating access to new markets, securing strategic partners, mobilising funding and generally empowering them to become players to recon with.

SAFIC is a dynamic investment banking firm based in Abidjan (Cote d’Ivoire) and Dakar (Senegal), firmly focused on developing African businesses.  SAFIC’s unique character makes it able to deliver innovative solutions that are designed to specifically meet the unique needs of each client.

SAFIC is renowned for its:

SAFIC acts in the best interest of its clients, and has over the years built a reputation of discretion and confidentiality, enabling us to earn the trust and loyalty of our clients

SAFIC is very passionate about Africa, and is strongly driven and determined to always use its creativity to find inventive solutions to clients’ unique problems and challenges

as an independent advisor, SAFIC objectively delivers solutions that are appropriate for each client, driven purely by the client’s unique circumstances and no other considerations

SAFIC exists to continually deliver innovative, customized and value-added financial solutions to all our clients by combining expertise and experience, while being cognizant of the needs of those in our communities and building shareholder value

Working with SAFIC is partnering with a team of dynamic professionals with fresh thinking, energy and dedication 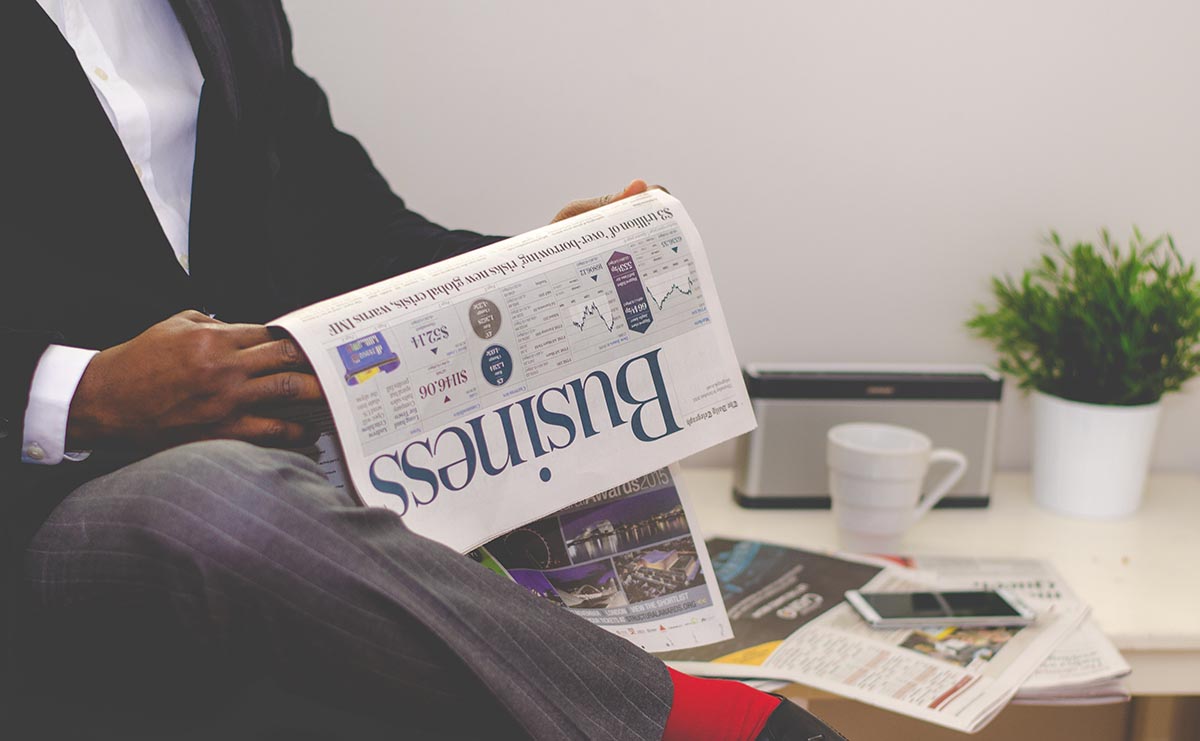 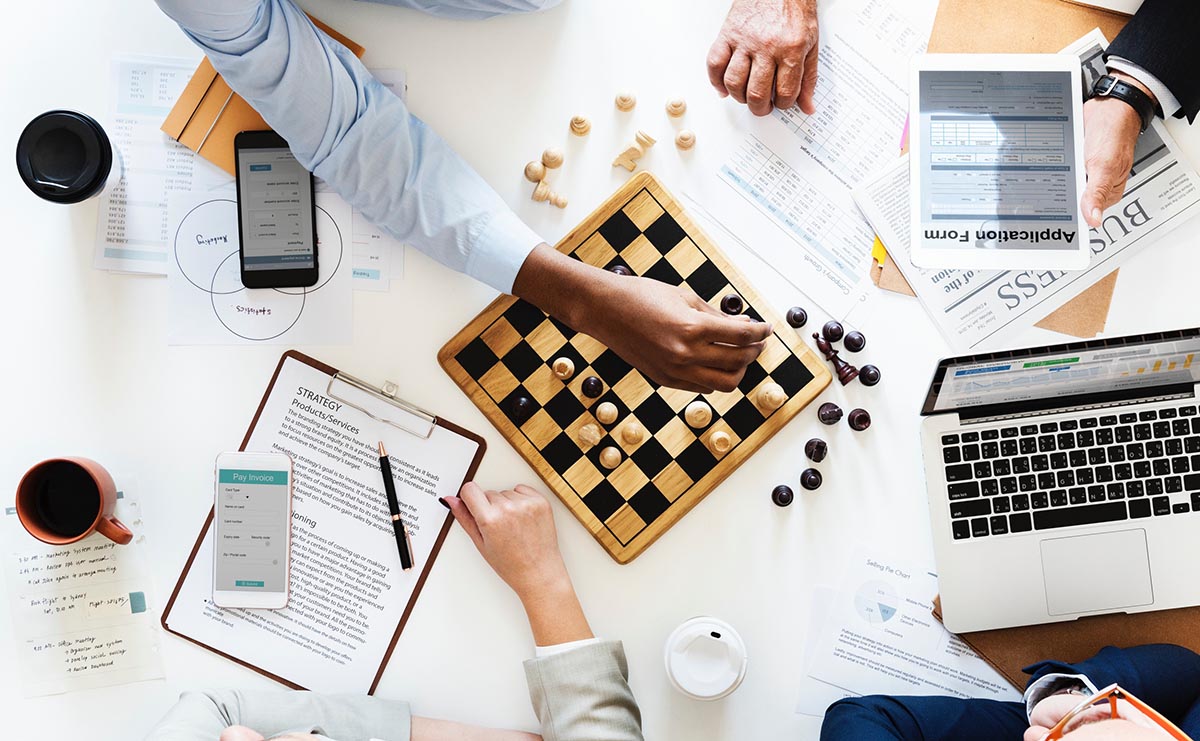 Mr. Seydi is a seasoned financial economist specialized in international finance, and has in the last 40 years conducted numerous feasibility studies and provided investment advice in the areas of industrial and agricultural sector expansion, commercial banks and financial sector development, public and private institutional strengthening, infrastructure, telecommunications and information technology development.  He has worked at the World Bank as an Economist and at the African Development Bank as a Principal Financial Analyst, mainly responsible for identifying, evaluating and supervising viable private sector projects in 16 African countries.  Before joining these international institutions, he was a senior manager at Société Générale de Banques au Senegal, a leading commercial bank in Senegal.  In addition to his role at SAFIC, Mr Seydi is the Managing Director of Générale Alimentaire Africaine, an agri-business and biotech company based in Dakar, Senegal, dealing with food security issues in Africa.  He is also Chairman of the boards of several private companies in the field of energy, agri-business, biotechnology, and construction in West Africa. Mr. Seydi holds a PHD in Financial Economics from the Atlantic International University, USA, a Master’s degree in Finance and a Master’s degree in Development Banking from the American University in Washington, D.C, USA, and a Bachelor Degree in Agricultural Economics from the Universite de Grenoble, France.  He is bilingual in English and French, speaks fluently five African languages and understands some Spanish, Portuguese and Chinese. He has travelled extensively in Africa, Asia, Europe and the American continent.

Privat boasts over 17 years’ investment banking experience in corporate finance and private equity in sectors ranging from banking, microfinance, insurance, agri-business to real estate and pharmaceuticals, with transactions spread over 15 countries in Sub-Saharan Africa, helping growing companies raise expansion capital from domestic capital markets and international investors. Prior to joining SAFIC, Privat was Vice President at Musa Capital Advisors, a Pan-African private equity investment manager and financial advisory firm active throughout Sub-Saharan Africa. Prior to this role, Privat was the Portfolio Manager at AfriCap Microfinance Investment Company, a Johannesburg-based and Mauritius-registered private equity fund specialising in microfinance investment in Sub-Saharan Africa.  Prior to joining AfriCap, Privat worked as an associate at LiquidAfrica Holdings. Working in small, high-impact teams where value addition is critical, Privat has demonstrated excellent deal making skills over the years and a great ability to successfully navigate the cultural nuances in Africa.  Privat is also an avid entrepreneur, with interests and projects in real estate, software development and marketing communications. Privat has travelled extensively across the African continent and is fully fluent in French and English.  Privat holds a Master’s of Science in Finance and Investment from the National University of Science and Technology (Zimbabwe) and has passed Level 2 of the CFA programme.

A qualified industrial engineer, Celestin boasts over 20 years’ work experience gained in various capacities over the years. Celestin is an expert in private sector development policy formulation, strategic planning, financial analysis and change management. Celestin is also a successful entrepreneur, having founded one of Cote d’Ivoire’s leading car-towing companies. Prior to joining SAFIC, Celestin was Managing Director of own consulting firm CIFI based in Senegal, providing financial intermediation, SME development support and corporate restructuring. Prior to relaunching CIFI in 2011, Celestin was a Project Manager at CKG Holding, an investment holding company with interests in food processing, fertilizer blending, construction and logistics.  From 2002 to 2006, Celestin was at the World Bank as a business development officer for IFC’s APDF facility, supporting the private sector. Before branching into banking, Celestin was a technical services engineer at Coca-Cola West Africa covering 7 countries and responsible for plant quality audit, and Unilever-CI before that. Celestin is an industrial engineer from ENIS/INSET (Cote d’Ivoire) and holds a master degree in Banking and Finance from the Graduate Institute of Management (Senegal), and a master in Production Sciences and Organisational Management from the University of Evry Val d’Essonne (France), and a degree in Physical Sciences for Engineers from Paris XII University (France).

Abdul Halim has been synergizing the agriculture and tourism sectors for the past 40 years, including participating in State Expos for padi farmers of Kedah, Malaysia. He has experience in the setting up of horticulture nurseries and also started “plant rentals” for offices in Kuala Lumpur in the 1980’s as a sustainable source of income for the nurseries. Abdul Halim also established a landscaping and spatial planning consultancy company collaborating with Zandvoort Urban Planners Bv. of the Netherlands. He initiated several collaborations with W+B Infraconsult Sdn. Bhd. (Malaysia), HVA International Bv and many other companies from the Netherlands which formulated the socio-economic strategy in the sustainable agriculture growth development (SAGROD) program. Abdul Halim was also the Asia Pacific region representative for HVA International Bv., a company with a global footprint in various sectors such as horticulture, poultry, husbandry and aquaculture. Between the years 2009 – 2011, he identified a huge agriculture opportunity in Sudan and was engaged in the integrated potatoes farming and development in the Atbara region, northeast of Sudan.

Abdul Halim is currently collaborating with Crop for the Future Research Centre in Malaysia, to develop the “forgotten crops” that can contribute to the food security of respective regions in the country and globally. He is still actively involved in tourism initiatives in and out of Malaysia. He has been passionately establishing ties and promoting Uzbekistan, China and the Middle East in Malaysia. He set up a local representative office called Mal-Saudi Najm (Malaysia) Sdn. Bhd. for Saudi Najm Company LLC, based in Saudi Arabia, and Uzbekistan Friendship Association (NGO) named “MAUFA”. In 2019, he secured a strategic partnership between MIHAS (Malaysia International Halal Showcase) and the founder of Fintech Tourism Sdn. Bhd.

Currently in West Africa for the development of the region’s agriculture base, Abdul Halim represents GAA LTD & SAFIC LTD in Asia Pacific, working closely with the Founder. At the end of 2019 and as the COVID-19 pandemic began, a new direction was established. He quickly formulated the respective collaborating partnership in the Renewal Energy (RE) initiatives in Malaysia and reforestation initiatives.

For the past five years, Djibril has been in charge of the “Business Restructuring” department of SAFIC where he is in charge of the overall diagnosis of the company and financial analysis, definition of investment plan and business plan development, follow-up implementation of defined strategies, and capital raising. Before joining SAFIC, Djibril was a partner in an industrial cleaning company where he held the positions of Administrative and Commercial Manager, and partner of the local subsidiary of Exeleadmen International Consulting. Previously, Djibril worked for BICIS, ALLIANCE ASSURANCES, and PORT AUTONOME DE DAKAR, before integrating Optima Consortium, a financial intermediation firm, where he was in charge of legal advice and human ressources. Djibril holds a Master’s degree in Business Law (Banking and Insurance) from Dakar-Bourguiba University, and a Master’s degree in Finance from ESCEM (Tours-Poitiers, France). He is bilingual in French / English and understands Spanish and Wolof, and three other African languages.

Emmanuel is an expert in constitutional law, administrative law and international public law. Emmanuel brings to SAFIC a wealth of experience project design and implementation in agriculture, having managed Generale Alimentaire Africaine (GAA)’s rice investment project in Gontougo and Indenie Djuablin, overseeing the processing and commercialisation of refined rice and managing local cooperatives. Prior to joining GAA, Emmanuel was an executive assistant at Groupe Entreprise International Assistance, providing support to the executive management team. Emmanuel holds a master degree in public law from the University of Cocody (Cote d’Ivoire).

Armand is a management consultant with more than five years of experience working for a consulting firm in Abidjan, Cote d’Ivoire. After spending his early years conducting feasibility studies and evaluating the technical and financial proposals of investment projects, as well as developing procedures & manuals and strategic plans for clients / partners, Armand has served for the last three years as Project Manager, responsible for managing a team of consultants for key projects. In this role, Armand was also responsible for the consolidation of activity reports (monthly, quarterly, annual, etc.), project design (community and economic development), the development of strategic plans and activity monitoring documents, and the management of customer needs assessment missions. Armand holds a master’s degree in criminology from Félix Houphouët Boigny University (Cote d’Ivoire) and is a 2ndyear PhD student in sociology at the same institution. Armand also holds numerous certificates obtained from several institutions in Côte d’Ivoire.

How can we help you? Get in touch!